Permission to use, copy, modify, distribute, and sell this software and its documentation for any purpose is hereby granted without fee, provided that (i) the above copyright notices and this permission notice appear in all copies of the software and related documentation, and (ii) the names of Sam Leffler and Silicon Graphics may not be used in any advertising or publicity relating to the software without the specific, prior written permission of Sam Leffler and Silicon Graphics.

THE SOFTWARE IS PROVIDED “AS-IS” AND WITHOUT WARRANTY OF ANY KIND, EXPRESS, IMPLIED OR OTHERWISE, INCLUDING WITHOUT LIMITATION, ANY WARRANTY OF MERCHANTABILITY OR FITNESS FOR A PARTICULAR PURPOSE.

IN NO EVENT SHALL SAM LEFFLER OR SILICON GRAPHICS BE LIABLE FOR ANY SPECIAL, INCIDENTAL, INDIRECT OR CONSEQUENTIAL DAMAGES OF ANY KIND, OR ANY DAMAGES WHATSOEVER RESULTING FROM LOSS OF USE, DATA OR PROFITS, WHETHER OR NOT ADVISED OF THE POSSIBILITY OF DAMAGE, AND ON ANY THEORY OF LIABILITY, ARISING OUT OF OR IN CONNECTION WITH THE USE OR PERFORMANCE OF THIS SOFTWARE.

Since it’s release to the public in 1991, HylaFAX has been available under a BSD-style License. Introduced by UC Berkley, the BSD License is one of the least restrictive Open Source licenses. By balancing the interests of the Open Source and commercial communities it encourages innovation, much to the benefit of software such as HylaFAX.

Ken Thompson and Dennis Ritchie, employees of AT&T’s Bell Labs, were the principal developers of Unix. Though AT&T clearly owned the original Unix implementation, it was a publicly-regulated monopoly and certain anti-trust provisions made it impossible for it to sell the software commercially at that time. Instead, AT&T began providing the software to academic institutions, in particular UC Berkley, for the price of the media. In 1975 Ken Thompson returned to Berkley, his alma mater, for a one year sabbatical, teaching the kernel line-by-line. A variety of major enhancements to Unix began to emerge from the university, which set the stage for them to become the authoritative source of a continuously evolving system distribution which became known as BSD (Berkley Standard Distribution). This distribution was made available by UC Berkley for the cost of the media on which it was supplied under what became known as the BSD license.

The principal features of the original BSD license were as follows:

The current BSD license template can be seen at:

And HylaFAX’s license, a variant of the BSD license, can be seen here.

The BSD license is one of the least restrictive Open Source licenses in widespread use today. It is often compared and contrasted with the GPL, another popular choice for Open Source developers. The BSD license is less restrictive than the GPL and is, in a way, more ‘free’ (as in freedom from restrictions). The GPL, while less free, guarantees that if any derivative works are distributed, the source code will also be available. Each license conveys a certain set of advantages to developers and users alike, and the choice of license will depend upon the nature of the software being developed and the goals of the developers.

We believe that the BSD license is the best choice for HylaFAX for several reasons. First, it balances the interests of the Open Source community with the interests of commercial parties, such as iFAX Solutions, who may wish to include a version of the software in a suite of products they offer. We are aware of a number of companies, both small and large, who include HylaFAX derivatives in their product portfolios, and we believe this has had a positive impact on HylaFAX development. These companies realize, as do we, that contributing as many fixes and enhancements as possible back to the mainline distribution will lower the cost of maintaining those local modifications as HylaFAX evolves. They also have a vested interest in assuring the long-term viability of the HylaFAX Open Source community, lest they end up being stuck maintaining the product all by themselves!

A second benefit of BSD-licensed software is that companies may use the BSD-derived package to enter the market much more quickly and cheaply than if they built a proprietary product from the ground up. Further, a company that initially develops a closed source product that is based on BSD-licensed source is more likely to release the source (or portions thereof) in the future in order to reduce the burden of maintaining the proprietary code in-house.

We also believe that in the case of HylaFAX, the BSD license has directly fueled innovation by allowing companies to embed HylaFAX in products that they sell. Fax software is particularly well suited to being ‘monetized’ in this way, since it remains an important and fundamental part of the way companies do business and exchange information. The ability to innovate for competitive advantage without being compelled to release these innovations means that companies can embed HylaFAX into their products without actually having to disclose the fact that they have done so. We know these companies exist, and for this reason we have introduced the HylaFAX Code Amnesty Program (HylaCAP), whereby iFAX Solutions will accept code contributions in the framework of strict confidentiality agreements, and advocate on the contributor’s behalf to have them included into the mainline Open Source product.

From our perspective, the BSD license has also allowed us to include a variety of proprietary technologies such as Brooktrout SDK and drivers, high-performance SQL database drivers, and barcode decoding in HylaFAX Enterprise Edition bundle. The viral nature of the GPL would have made it impossible for us to bring together these best-of-breed technologies into a single package.

Overall, we believe the BSD license encourages both innovation and technology transfer to the community, and we are pleased to be a major contributor to the development of HylaFAX Open Source Edition.

Does your company use HylaFAX?
Has your company made modifications to the code that would be beneficial to the greater HylaFAX community?
Are you reluctant to contribute these changes due to legal or strategic concerns?

If you answered yes to the above questions you are not alone. This is a relatively common situation for companies who embed or integrate HylaFAX into their products and power users of the software, and is a problem for the HylaFAX community. Luckily, whether your concerns are because of corporate liability issues or you simply do not want your competitors to know you use HylaFAX, iFAX has the solution.

iFAX Solutions has created the HylaFAX Code Amnesty Program (HylaCAP) for companies in this situation. By participating in HylaCAP you may be able to anonymously contribute your modifications back into the HylaFAX code base.

iFAX Solutions offers this program for free as a way of giving back to the community. We recognize that by folding these improvements back into the main code base everyone benefits: developers can contribute their code back to the project, companies do not have to maintain a private fork of HylaFAX, and the whole HylaFAX community gains from better software.

If you have any questions or would like to take advantage of HylaCAP, please contact iFAX Solutions today.

Advocacy – Our commitment to the community

iFAX Solutions is the principal commercial sponsor of hylafax.org, the home of the HylaFAX Open Source community. In addition to hosting and managing the primary website, our staff diligently maintains the following ancillary community resources:

Our company was founded on the principle of ‘win-win’: that commercial interests and those of the Open Source community surrounding HylaFAX could enjoy a synergistic relationship. It’s no surprise that our engineers have contributed a great deal of code back to the community – they are in fact paid to do so. Our customers have deployed HylaFAX in ways we could have never foreseen, on a wide variety of platforms, and pushed it to the limits in almost every way imaginable. They have discovered issues and/or bugs in HylaFAX that were previously unknown, and through our work with them we have been able to fix the bugs and contribute those fixes back to the community.

We take the model one step further through our HylaFAX Code Amnesty Program (HylaCAP). If your company has improved any aspect of HylaFAX but for some reason cannot disclose this publicly, or if you lack the developer resources to contribute your changes and shepherd them through the Open Source development process, we are standing by to help.

Finally, we remain committed to not only maintaining, but improving the community resources we manage. If you have a suggestion as to how we might improve the existing infrastructure, or if you believe there’s something missing from the mix, please email us with your suggestions. 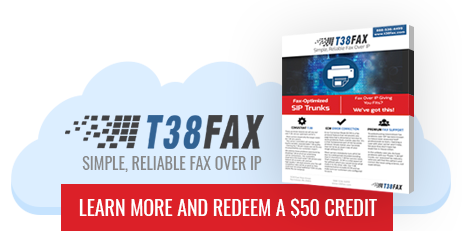